Welcome to the BattleStar Galactica Files! Sci-Fi (Syfy) Channel’s classic series that captured the fear and the paranoia of the post-9/11 culture. Hailed by critics and fans alike, BSG’s arcing epic storyline, detailed character development, dynamite special effects, and top-notch acting makes it one of the best science fiction tales of our time. Edward James Olmos, Mary McDonnell, and Jamie Bamber led a top-notch cast through 4 short seasons of one of the best television shows ever made. If you’ve seen BSG then you know, if you haven’t, then do yourself a favor- every episode is on Netflix, and it was just picked up for syndication on BBC America!
(WARNING- The following will contain SPOILERS, as it is my attempt to sum up the series in layman terms.)

The universe of Battlestar Galactica has many similarities to ours, the fact that it is a such a close mirror to our own, is what makes it such a brilliant show. The technology and the setting aside, it is easy to see ourselves in the characters of Galactica- even the nasty ones. From the foot-ball like game of Pyramid to the kinds of entertainment and music, even hard-drinking, fighting, and sexing-it-up, the humans of Battlestar Galactica are most definitely human… even when they’re not.

At the time of the attack, Secretary of Education Laura Roslin had just been told her breast cancer was inoperable, and that she only had a few months to live. Stunned, Roslin and her staff leave Caprica and travel to Galactica for its decommissioning ceremonies. It is on the way back that they learn of the Cylon attack, and Secretary Roslin (through the line of succession), the 43rd person in line for the office of President, is the only surviving member of the Colonial Government. Despite her hidden cancer and the news that she is going to die, Laura Roslin becomes the de-facto President of the 12 Colonies in the moments after the Cylon attack.

President Laura Roslin, originally a school teacher, holds a tenuous position in the office of the President, and continuously confronts opposition head-on and with nerves of steel. All the while trying to hide her secret diagnosis and seeking alternative medicines for her terminal cancer. Soon after the departure of the remaining survivors in what’s known as “the fleet,” and after Adama’s “Earth Speech,” President Roslin begins to have hallucinations she believes might be predictions.

A Kiss 4 Seasons in the Making

Prophecies written 4000 years before tell of a dying leader who will guide the survivors of humanity, a “caravan of the stars,” to the promised land. President Roslin’s disclosure of her cancer and her visions, makes her not only the symbol of leadership and hope for humanity, but a spiritual leader as well. As the Cylons and the quest for Earth drive them further and further into the unknown universe, President Roslin, Commander Adama, and their respective crews have to make decisions, enforce law, and judge actions according to the old laws of the Colonies, and the newer, more practical laws being written in the stars. 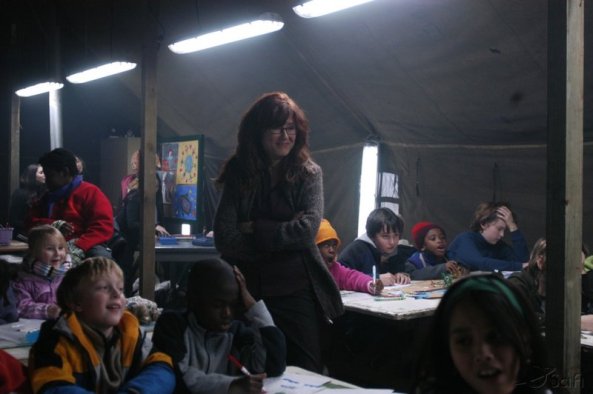 Haunted by her past and unsure of the future, President Laura Roslin is one of the most compelling characters in contemporary fiction. Forced to deal with decisions that could very well mean the end of humanity, she has more conviction, heart, and where-with-all than most of the people that serve under her. Even in the most dire times, she has been a beacon of hope for the survival of the human species. Her series-long “romance’ with Bill Adama proves to be one of the best-written and carefully acted partnerships since Mulder and Scully. In all seriousness, Mary McDonnell’s portrayal of humanity’s last best hope for survival is reason enough to watch this show. It is also one of the few characters that I won’t trace until the end of the show, simply because I don’t want to spoil it. If you’re dying to know the rest right away, check this out. Until then, good hunting.

Lost in Space, and ADAMA