If you don’t know who Tomahawk is, you aren’t alone. If you don’t know who Mike Patton is, you’ve lived under a rock for 25 years. The former Faith No More singer is responsible for some of the most groundbreaking independent music around, from Mr Bungle to Fanotmas to lending his pipes to movies and video games alike, Patton has a range that would put… Well… Anyone to shame really. The guy sings metal and opera and Italian pop songs from the 40s for pity’s sake. Tomahawk is another “don’t call it a side project’ that has been around for over 10 years, but hasn’t put out an album in 7.

From Patton’s own label, Ipecac, he and Duane Denison (The Jesus Lizard) started the “super group” in 2001, eventually bringing on ex-Helmet drummer John Stanier, and long-time friend of Patton and bassist Trevor Dunn stepping in to round out the cast on their latest effort Oddfellows.

Enough about the parts, let’s get to the whole. Lets face it, if you watch The Voice and think Cee-Lo is weird, then Oddfellows probably isn’t for you. They’re loud, they’re in-your-face, they defy genre, but most of all… They rock. This isn’t your top-40 jingle-jangle tambourine-shakin “rock,” no sir. This is front line, ahead of it’s time, straight-no-chaser rock and fucking roll. 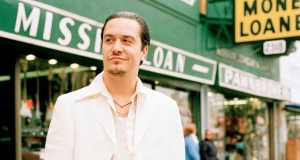 I’ve always thought of Mike Patton as a kind of “Stranger in a Strange Land” when it comes to music, and I wouldn’t be surprised to learn that he is some kind of Immortal who is destined to live forever, vocally battling other immortals throughout time, each victory netting him the vocal powers of the defeated. His voice on Oddfellows, the opening title track, echoes with electric power of all of those vanquished foes. Against the unique and catchy chord manipulations of Denison, Patton howls lines like “They call us odd fellows; We’re dancing on the gallows…” The opener sets the stage with chunky structure, just as the second track, the single Stone Letter, rips out of the speakers.

A song so irresistibly catchy it’ll be stuck in your head on auto-repeat for days, with a chorus like “I threw it, a stone letter, thinkin’ I could know you better; but I don’t know you, know you anymore…” Patton is brilliant at using his voice as an instrument on its own, and is famous for sculpting phrases based on their sound rather than their literal meaning. That’s not to say these words don’t mean anything however, in fact it’s a little like peeking into the mind of a mad genius. You’re not going to get any Bruce Springsteen story songs or Taylor Swift break-up songs, you’re not even going to get a metal meditation on plagues or capital punishment… You’re going to get aurally molested, and you’re going to love it… All propelled by the driving sounds of Stanier’s drumming, Dunn’s wild finger-work, and Denison’s unique, reverberating howls. 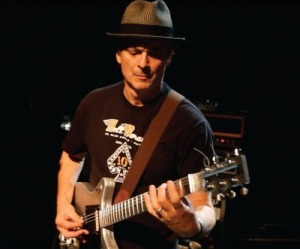 IOU starts off with a simple drum-machine beat, adding layers of sound until Patton jumps in a half-step early (notice a pattern here?) and croons, “I owe you a love song, for everything I’ve done wrong..” With each line, the music builds, chunky guitar riffs come in, sounds collide, crescendos rise, until finally the only chorus bursts free with a single word: “RUN!” and Patton spreads on thick layers of melodic accompaniment to bring the song to a close. It’s a brilliant tune that sounds as if written by a prison-escapee on the run… Which in itself is more symbolism than my tiny brain can handle.

Then the guys burst forward from the speakers again with the fast-paced White Hats/Black Hats, a song that jumps on our head, pushes us down to the ground and pounds itself into our brains through our ear canals with it’s thundering rhythms and fast-paced vocalizations. It’s about that point the album settles into a groove, a tidal ebbing of highs and lows, each rock-out-with-your-Tomahawk-out song followed by slower, and yet somehow heavier songs. With the very Mr Bungle-sounding Rise Up Dirty Waters wondering “We’re not drunk, what have we done?” to the maddeningly catchy bass lines of two-parter I Can Almost See Them and Waratorium, Tomahawk‘s triumphant return will be bouncing off the walls of your head for days… and will leave the rest of Rock and Roll wondering what it’s been doing for the last 5 years. 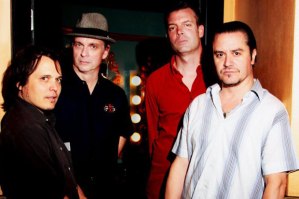 It’s a shame that Oddfellows probably won’t be spinning in many clubs or topping the Billboard charts, but it’s nonetheless one of the most important albums put out in the last decade. It stands tall on it’s inde-metal foundation and exceeds every expectation. In fact it politely invites your expectations in for a drink and then ties them to the bed. Relax, they’re in experienced hands, and if you just let yourself go, you might have the time of your life.

Tomahawk is playing the Wonder Ballroom in Portland on Feb 13th… And I don’t have tickets… But I’m a cheap date!