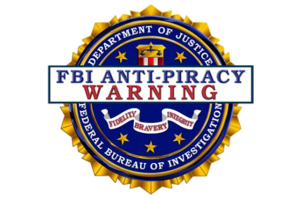 With the new Copyright Alert System, the MPAA and RIAA are dropping the hammer… On the wrong people…

Internet Service Providers, the MPAA/RIAA, and the Federal government have all teamed up and decided that they are going to fix the problem of internet piracy and copyright infringement. They’ve worked for years, struggling to come up with a comprehensive solution to such a horrible and thoughtless crime epidemic. Piracy is corroding the soul of America, let’s face it. Multinational Corporate-Run Motion Picture Studios work extremely hard to distribute a product that they can make a profit from, and despite the fact that the box office just had its best year in a decade, the scourge of internet piracy has to be stopped.

Like the equally important and equally effective War on Drugs and War on Terror, the War on Piracy has become one of the most important wars of our age… Symbolizing not only the great struggle for the morality of this nation, but for the very souls of our children as well. For what are we if we teach our kids that theft is acceptable? What are we saying about our society if we don’t let our most important corporate citizens set an example for what is and what isn’t appropriate economic responsibility? And now, after years of work, countless man-hours of thoughtful analysis, finally the policy makers AND the government have given the Corporate-Run Motion Picture Studios have a weapon they can finally use to target offenders… Education.

Also called the Six-Strikes Program (just rolls off the tongue doesn’t it?), the Copyright Alert System was finally rolled out this last week, and citizens can sleep a little easier at night knowing that the intellectual property of their beloved Multinational Corporate-Run Motion Picture Studios is safe at last. The copyright owners have tried for a decade now to stem the tide of illegal file-sharing, and since going after the source of pirated movies and music (the downloadees) hasn’t worked, it’s only logical that the next step is to go after the downloaders.

And the best news? It’s not TOO unconstitutional!

But seriously, with the new system, if a major motion picture studio invades your privacy and detects that you have illegally downloaded copyrighted material, they now have the ability to let your internet service provider know that this breach (that is the breach that YOU have made) has occurred. The ISPs can then send you a pop-up or alert with educational tips about the importance of copyright law and possible consequences for future theft can be. How about that? A private coalition of corporations can watch your activity and report it to other corporations so that those other corporations can take away some of your freedom! This is truly a step forward in privatizing our liberty.

Let’s say you want to know if the new Green Day album is worth buying or not (Cause let’s face it, at this point in their career, and in this economy, you can’t afford to go spend money on an album that is going to suck and you’re never going to listen to), so you go to your local peer-to-peer network and find an illegally distributed copy of their new album for free. Now you download that file and listen to it. Sure enough, your hunch was right, the new Green Day is worse than whatever a Bruno Mars is. So you don’t buy the album. Now little do you know the Recording Industry Association of America is the one who put that copy on that peer-to-peer network… As bait… That’s strike one. The RIAA has been watching the network, and now they’re watching you. You might not have been on the list, but now you are.

However the more likely situation is this: You’re a good consumer. You work, pay taxes, go to the movies, buy iTunes songs AND albums of bands you love, you buy video games, Blu–Rays, Netflix, Amazon streaming, etc… You’re the prime example of the modern media consumer. However you’re hiding a dark and terrible secret, you’re also a downloader... As a movie fan, you love films, but you’re also not rich, so you can’t afford to pay for every single movie you want to see. You don’t go to the movies with video cameras, you don’t upload your screener copies of awards considerations, you don’t even upload CDs you buy for others to get… You’re simply A CONSUMER… Just like the MPAA/RIAA wants you to be. You grew up with your parents teaching you how to hook two VCRs together to record a crappy copy of Tron for pity’s sake. 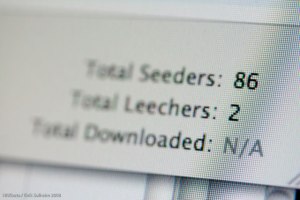 Would you be surprised to hear that this new Copyright Alert System might just violate a few federal laws? Like primarily that one that says a person is innocent until proven guilty? Or that a person has a right to due process? Or that these coalitions of corporations and internet service providers completely blocked all subscriber/consumer representation from the drafting of their “system?” Or that this whole process runs without any kind of oversight whatsoever?

Or that the Constitution of the United States of America gives CONGRESS sole right to enforce copyright laws and that only our federal courts have the right to punish violators?

Guess that makes this whole Copyright Alert System work-around as shady as it sounds. Watch your back, and call your congressman. Seriously. Here’s the link to find out who is your representative in congress and tell them how you feel about this draconian, privatized law-enforcement system.